Nicola Richards: Budget shows how the Conservative Government is delivering a stronger economy for people in the West Midlands 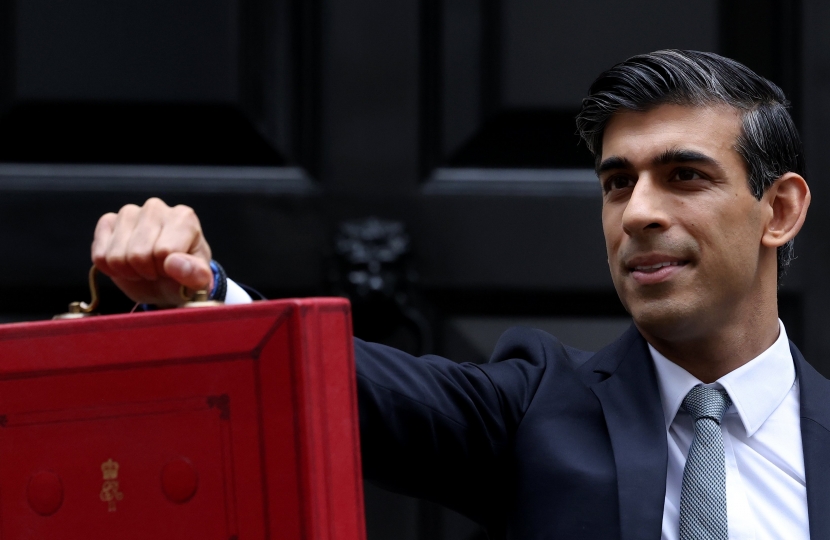 Nicola Richards has welcomed the Chancellor’s Autumn Budget and Spending Review, which provides the foundations for a stronger economy in the West Midlands as the country continues its recovery from the pandemic.

The West Midlands has received £1.05 billion over five years to transform local transport networks, for schemes such as extending the metro from Wednesbury to Walsall using the disused railway line, and helping to connect communities in Friar Park to opportunities across the West Midlands.

This is in addition to £2.6 billion for local road upgrades over this Parliament, including the A4123 Birchley Island in Sandwell.

This investment will continue the transport revolution already underway in the West Midlands – led by our Mayor Andy Street.

There’s no reason why the West Midlands shouldn’t have a transport network to rival London’s – creating jobs, retail footfall and so much more.

The West Midlands will also benefit from a share of the£2.6 billion UK Shared Prosperity Fund–focused on helping people into jobs and supporting businesses across the UK–£560 million funding for the Youth Investment Fund and National Citizen Service, and£5 billion for Project Gigabit, rolling out gigabit capable broadband for homes and businesses across the UK.

Other nationwide measures that will benefit people in the West Midlands include a significant tax cut for low-income families by reducing the Universal Credit taper rate from 63 per cent to 55 percent ,a 6.6 per cent increase in the National Living Wage to £9.50 an hour–giving a £1,000 pay rise to 2millionof the lowest paid–increasing pay for public sector workers, and freezes in fuel and alcohol duty.

“This last year and a half has been incredibly challenging and Coronavirus has left the public finances in a mess. The worst recession in the last three-hundred years was always going to be a tough position to bounce back from, but the Chancellor has delivered a fantastic Budget that drives forward the levelling-up agenda that is so desperately needed in the West Midlands.

“I’m most pleased with the investment in transport infrastructure that came out of the Budget - £1.05bn will go a long way to implementing the vision Andy Street has for our area. There’s absolutely no reason why the West Midlands shouldn’t have a transport network to rival London’s. That’s what levelling-up means in practice.

“This Government is getting on with the job of improving opportunity, helping families with the cost of living and regenerating our communities – like West Bromwich – which have been left behind for far too long.”

Commenting, Chancellor of the Exchequer Rishi Sunak said: “One year ago, this country was in the grip of the biggest recession in 300 years. Thanks to our Plan For Jobs, we are today recovering faster than our major competitors, more people are in work, and growth is up. But uncertainty in the global economy means that recovery is now under threat.

“That is why this Budget and Spending Review delivers a stronger economy for people in the West Midlands–strengthening our public finances, helping working families meet the cost of living, supporting businesses, delivering stronger public services, and driving economic growth.

Here’s a quick run-down of what this Budget means for West Bromwich East:

£1.05 billion to improve transport in the West Midlands

£2.6 billion for local road upgrades over this Parliament including the A4123 Birchley Island in Sandwell

Fuel duty frozen for 12th year in a row

It was a pleasure to host the inaugural West Bromwich Jobs and Careers Fair at Central Saint Michael's Sixth Form in the town centre; THANK YOU to everyone that attended.