West Midlands on track to create an extra 52,000 digital tech jobs and grow by £2.7 billion 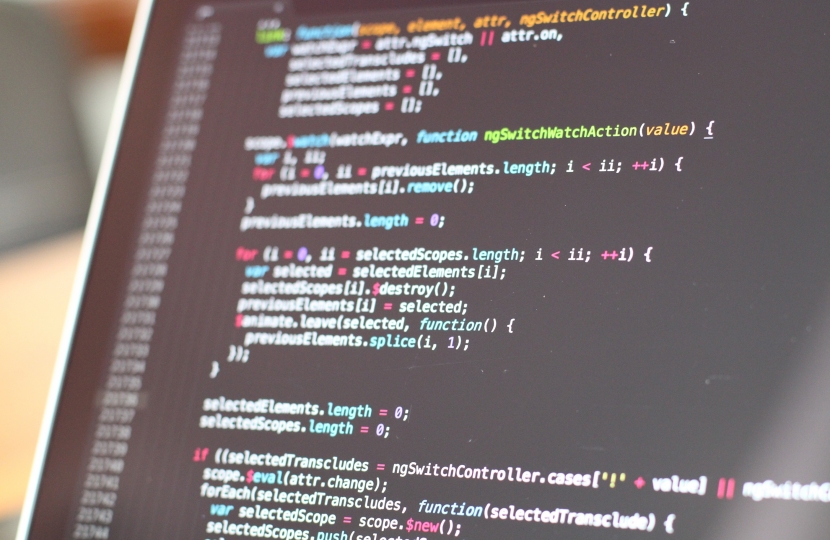 The West Midlands has been named the country’s fastest-growing tech sector and the region’s thriving digital industries are expected to create thousands of new jobs by the end of 2025.

According to a new government report released ahead of Birmingham Tech Week, the region has been recognised as a top performer for digital growth and is predicted to create an additional 52,000 roles in the sector over the next four years - a bumper increase of 55 per cent since 2019.

Tech growth in the region grew by an average of 7.6 per cent a year between 2014 and 2019, the fastest region in the UK. Going forward it is expected to generate at least £2.7 billion for the local economy by 2025.

It comes as new figures compiled by job search engine Adzuna and investment analysts Dealroom for the UK’s Digital Economy Council and Tech Nation show tech companies in the West Midlands are on track to raise more venture capital investment in 2021 than they did a year earlier, and tech job vacancies advertised in the region have almost doubled since December 2020.

Tech companies in the West Midlands have raised £454 million in venture capital funding already this year, compared to £358 million last year, while tech vacancies have increased from 5,099 in December 2020 to 9,287 in October 2021.

As Birmingham Tech Week kicks off it’s great to see the digital sector in the West Midlands entering a golden era.

There are high-quality and well-paid job opportunities for those who want to pursue a career in tech and the region is fast-becoming a powerhouse of digital talent.

We are determined to level up the country and we are working around the clock to back digital businesses with pro-innovation policies to boost digital skills and create jobs so everyone can benefit from this dynamic sector.

The growth figures, published as part of the Department of Digital, Culture, Media and Sport (DCMS) Assessing the UK’s regional digital ecosystems report, highlight the region’s flourishing digital sector as Birmingham’s annual celebration of digital, technology and innovation kicks off.

The DCMS report looks at regional growth in the digital economy and will be used to support the government’s work on levelling up so it can work with the sector to capitalise on untapped areas of potential and create more wealth and jobs.

To make sure people in the region have the skills to match local employment needs, the government is supporting the West Midlands Local Digital Skills Partnership to bring the public, private and third sectors together to boost people’s digital skills and make sure people from all backgrounds have access to training.

The work is paying off with a new report last month showing there is increased awareness of digital opportunities among young people, there are more digital skills and career opportunities available and there has been a boost in business confidence.

Alongside local and national investments in digital skills, including the Digital Entitlement so adults who need them can undertake new digital qualifications free of charge, the Kickstart scheme for young people, and the confirmation last week of more government-funded scholarships in AI and data science, the rollout of gigabit broadband will provide Britain’s tech innovators with the bandwidth to process ever-increasing amounts of data and utilise new advances in internet-connected technologies.

As more people work remotely, it will also give tech entrepreneurs the reliable connectivity they need to start and run businesses from anywhere in the UK, even in remote areas.

Thanks to the government’s bold measures to encourage investment and bust barriers, gigabit coverage in the West Midlands has exploded from less than three per cent in 2019 to 63 per cent today.

The West Midlands was recently named as one of the areas set to benefit from the government’s £5 billion Project Gigabit - the biggest broadband rollout in British history.

Around 194,000 hard-to-reach homes and businesses across Shropshire, Staffordshire and Worcestershire will be given access to gigabit broadband, thanks to a government investment of between £183 and £311 million, with procurement set to start in November 2022.

The region also benefits from having the highest proportion of households with internet access at 97 per cent.

With 1 in 8 job opportunities now in the digital sector, it’s clear that strong employer demand is prompting astonishing growth in tech roles across regions and UK nations.

Following the launch of the government’s UK Innovation Strategy this summer, the rapid growth of the West Midlands’ tech sector is testament to the quality of digital talent, innovation policies and opportunity in this thriving region of the UK.

We at Tech Nation have been delighted to welcome tech scaleups from the West Midlands into our Applied AI, Libra, Upscale and Fintech cohorts over the past month - such as Birmingham-based 3D printed vitamin healthtech Nourished and AI driverless vehicle company Conigital - as they work across industries to shape the UK - and the world - for the better.

The tech sector in our region is booming. We have a huge number of successful start-up and scaling businesses and a growing ecosystem powering FinTech to EdTech.

Everyone has been working hard to shine a spotlight on the West Midlands so there’s a real sense of celebration and collaboration across the City. For me, this is particularly exciting to see and I’m proud that Birmingham Tech Week is able to play a vital role in this.

An explosion in tech jobs

As the UK starts to recover from the effects of the coronavirus pandemic, the digital economy in the West Midlands is enjoying a growth spurt. Analysis by Tech Nation shows Birmingham is the second top ranked city for cost of living versus salary for tech roles, with these roles making up 22% of all job openings in 2020 - growth of 17% from 2018.

The West Midlands has been successful in attracting large digital sector employers, particularly in Birmingham. The region is also home to 1,308 startups, which are transforming industries such as Ed-tech, digitisation and manufacturing, according to Tech Nation’s Data Commons.

It was a pleasure to host the inaugural West Bromwich Jobs and Careers Fair at Central Saint Michael's Sixth Form in the town centre; THANK YOU to everyone that attended.